The Official Auto Transporter of the Blackhawk Collection 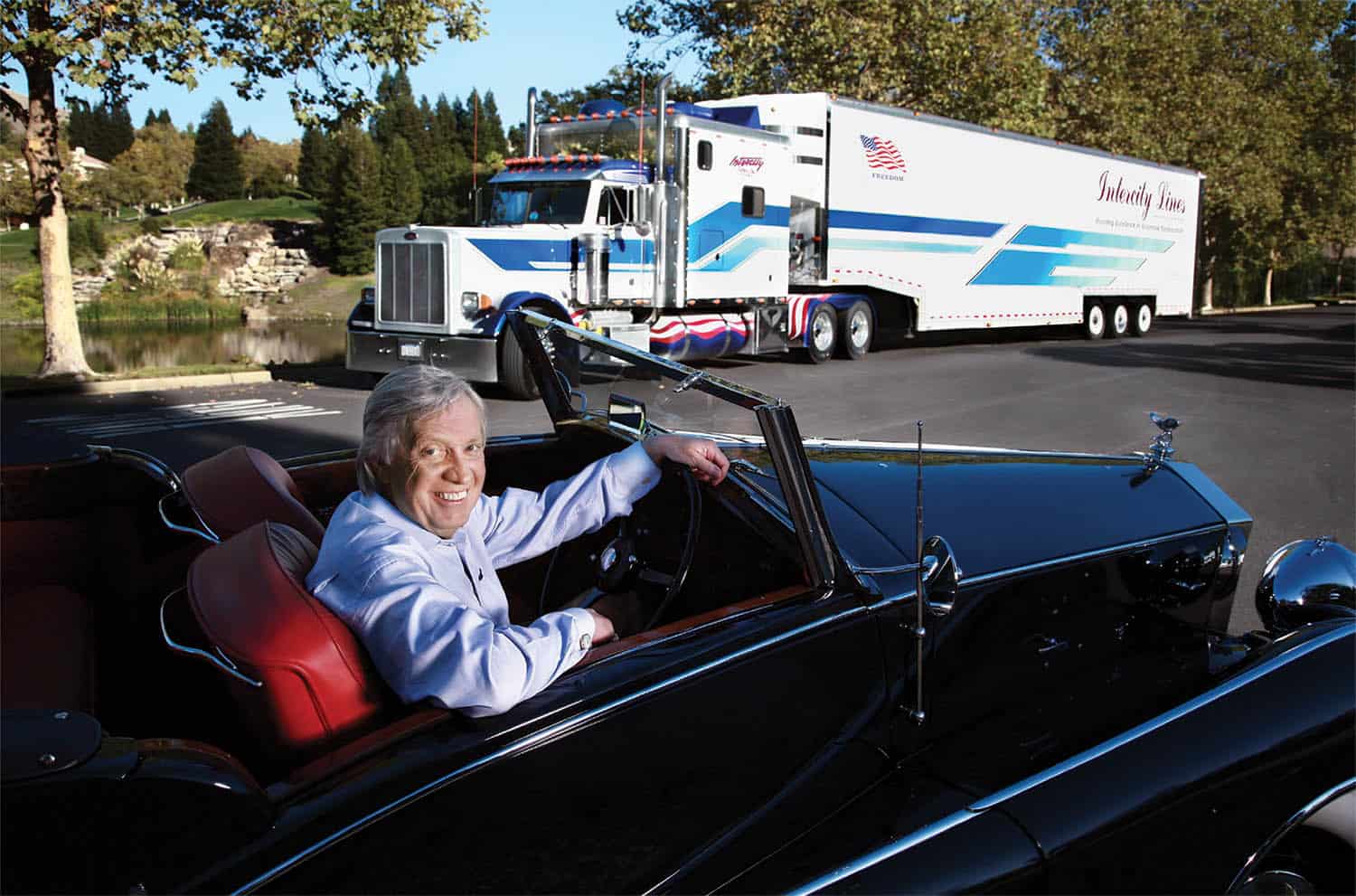 The relationship I have with Intercity Lines has been an integral part of my business for nearly twenty years. Professional, confidential and on-time, they provide superior service. Simply said, Intercity is the very best in the industry. Transporting multi-million dollar cars is their specialty; no one does it better. – Don William, President & Owner of The Blackhawk Collection

At the very top of the multi-billion-dollar-a-year world of collector cars there is a small group of people who know practically every detail of every great car ever built, who know every major collector on a first name basis, and who buy and sell these cars, moving them like chess pieces on a board that circles the globe.
In such a group, there must be one who plays the game better than all the rest, and that man is Don Williams, head of the Blackhawk Collection the man who buys and sells more million-dollar cars than anyone else in the business.

Intercity Lines is a family owned and operated business.
For over 40 years we have specialized in auto transport; it’s all we do.
We deliver door-to-door direct to your home or business. Your automobile is never dropped at a terminal where damages can occur.

You can learn more about us at: Our Enclosed Auto Transport Services and receive an instant car shipping quote!

Check out the enclosed car trailers we have for sale! 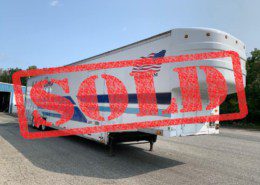 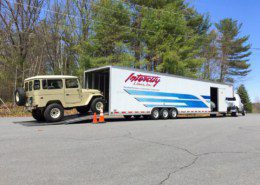 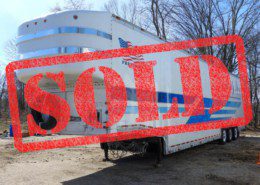 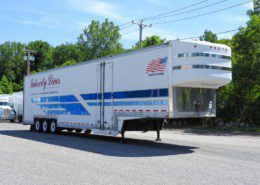 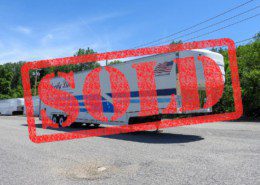 Another Intercity Lines and Bring a Trailer Success Story

Tears shed as a proud Porsche 928 owner sells their vehicle on Bring a Trailer. Article from our friends at BringaTrailer.com

I just completed my first Bring a Trailer transaction and it was terrific, from the beginning to the end. It all started with a thoughtful vetting of my 1986.5 Porsche 928 5-speed by Bring a Trailer. After being accepted, I was assigned an Auction Specialist, Ryan, to help present my car for auction. Ryan was both enthusiastic and knowledgeable. He did a great job researching the unique details of the car and preparing the copy and photos to present the car accurately and comprehensively.

Then the fun began! The auction was thoroughly enjoyable, receiving and answering questions from prospective buyers and knowledgeable peanuts from the gallery. And, of course, the highlight was a successful closing bid from another Porsche enthusiast: Pantherjk from Miami. As a proud 928 foster parent, I am always happy to see a great car go to a worthy new owner, even when I shed a tear as it departs.

The transaction was smooth as can be with Pantherjk. He contacted me right away to handle payment, to take me up on my offer to do the timing belt, and to arrange for a reputable carrier to ship the car. Funds were quickly wired, and the title and bill of sale were sent by FedEx to Pantherjk.

After about 1-2 weeks, Intercity Lines showed up with a very nice (as usual) enclosed trailer and competent driver to load up Pantherjk’s new toy and off it went to Miami.

Pantherjk tells me that he likes the car and appreciates the smooth transaction. Thanks to some other Bring a Trailer enthusiasts, we helped Pantherjk locate a reputable 928 mechanic in South Florida to check his timing belt tension and perform other periodic check-ups as needed. 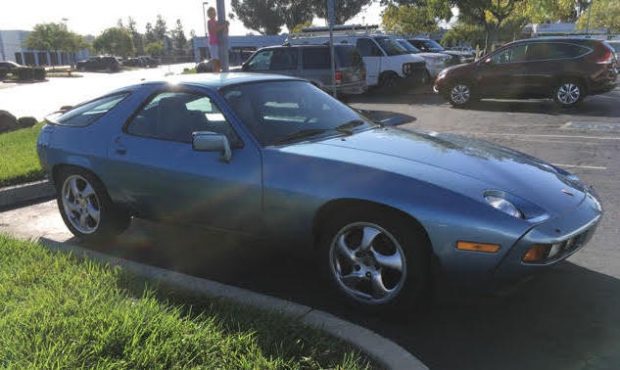 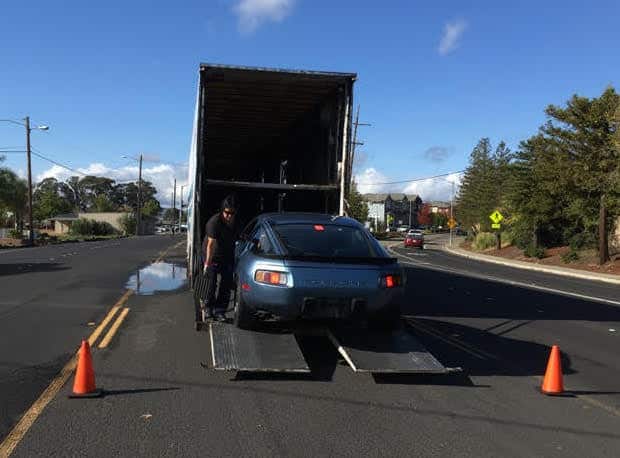 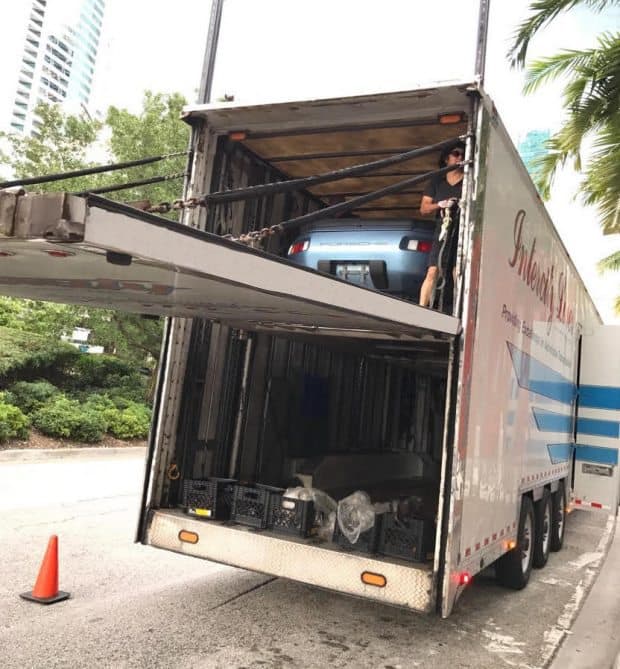 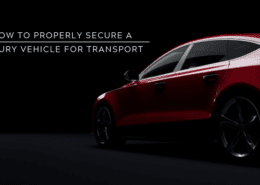 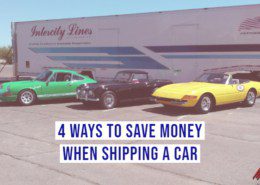 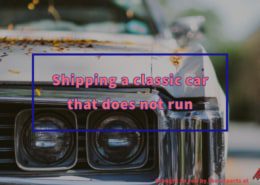 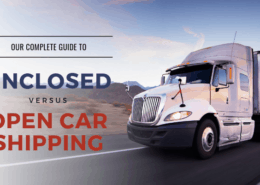 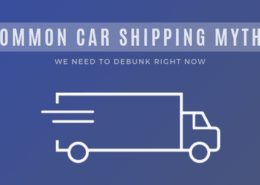 Article from our friends at BringaTrailer.com

This just in from the buyer of the 3,600-mile 1983 Porsche 944 that was purchased via Bring a Trailer Auction this past August (link).

Intercity had the best service and price from among several companies I called. Getting a car moved anywhere in August is problematic because all the transporters, it seems, are in Monterey. The car was retrieved shortly after that and got here to the Pacific NW on the 9th of September. The truck driver was the same one who picked up the car, and he was very careful and respectful in his delivery. In person the 944 looks even better than it appears in photos. That?s a rare event in itself. 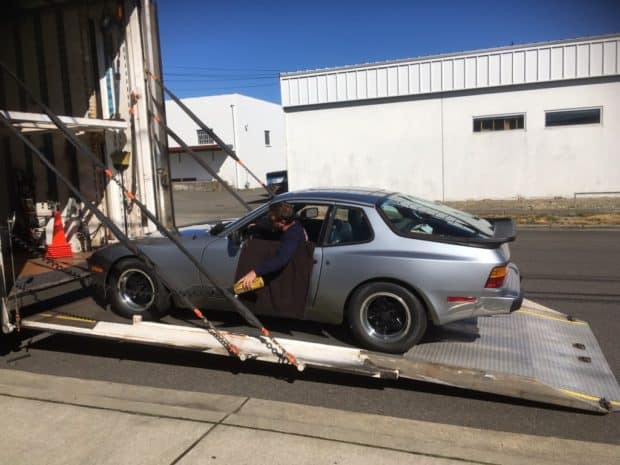 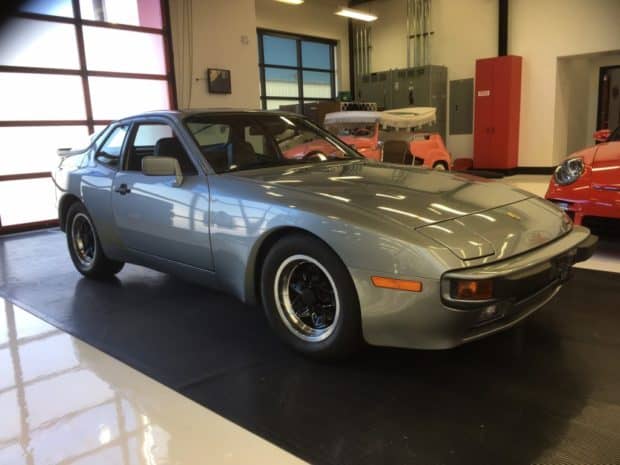 I couldn?t believe it when I won this special car last month. While looking somewhat leisurely for a 944, I found this one halfway through the auction, and its story immediately captured me.

Time, distance and work prevented a timely visit, so I called a friend in Ohio to see if he had any contacts outside Detroit. He called another guy, but that person couldn?t accommodate due to his and the seller?s schedule. So, he called another Porsche guy, ?Joe? in the auction comments, who very kindly went to see the car the morning of the final auction day. His report was glowing. I was all in.

Some emails were exchanged with the seller towards the end while trying to arrange the visit. Since the purchase, we?ve had many phone and email exchanges. And, as Bogart said to Captain Renault at the end of Casablanca, it looks like the beginning of a beautiful friendship. He obviously loved the car and was very thorough and meticulous in its recommissioning.

Intercity had the best service and price from among several companies I called. Getting a car moved anywhere in August is problematic because all the transporters, it seems, are in Monterey. The car was retrieved shortly after that and got here to the Pacific NW on the 9th of September. The truck driver was the same one who picked up the car, and he was very careful and respectful in his delivery. In person, the 944 looks even better than it appears in photos. That?s a rare event in itself. The paint color is listed on the inner fender as Sapphire Blau, and it is a wonderful blend of silver and blue. From my research, that color and the brown berber interior are a combination that was only available in 1983.

After putting on the license plates I took it for a spirited drive. This formerly 911-only snob has been deeply impressed.

I really enjoy the Bring a Trailer auctions and tell everyone who?ll listen that they should check them out. Thanks for helping me find this car. 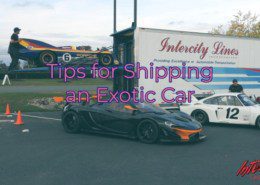 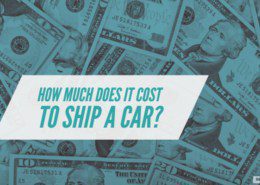 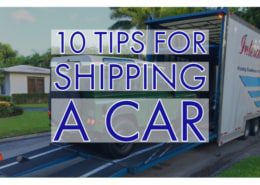 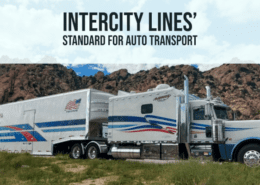 “I want to thank the crew at Intercity Lines for taking extreme care on transporting my purchase on a 2010 ZR1 Corvette out to me which is truly coast to coast 3000+ miles journey from Connecticut to California. This isn’t the first time I have used Intercity. I used them a couple of times in the past. My coordinator and Paul my driver provided great service as usual. Paul took time to inspect the car completely prior on loading and pointed somethings to me. The quality of service is second to none. In my opinion, I consider Intercity Lines is at the top of the echelon. Thank You Guys & Gals!” – Art For another great story read: Factory Five Cobra Successfully Delivered By Intercity 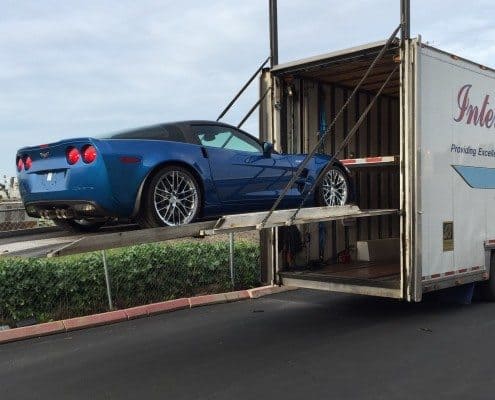 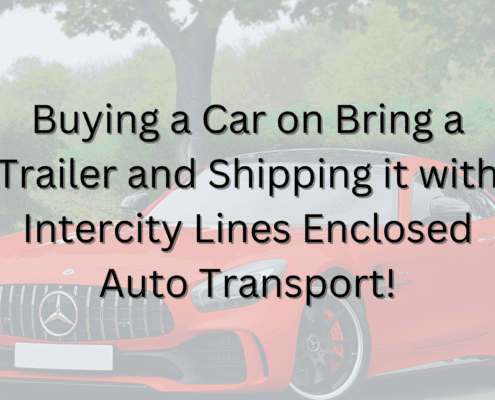 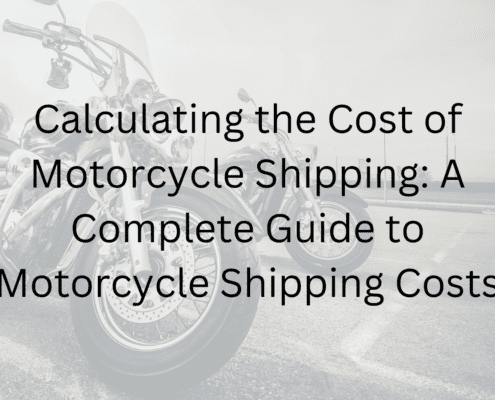 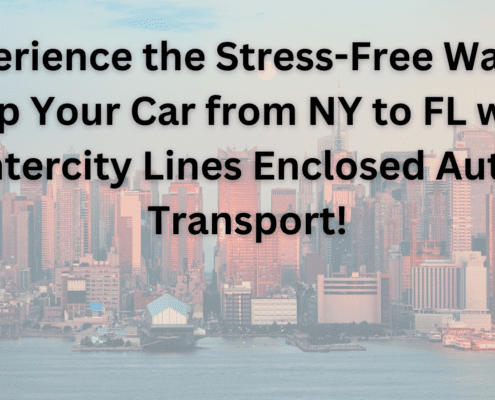 “Joe from Intercity Lines, Inc. delivered my husbands Cobra today. He has long awaited this car, an item from his bucket list. Joe did an excellent job in delivering the Cobra safe and sound. It was well taken care of during the trip. Joe kept us updated along the way and was right on time with the delivery. Thanks Joe, great company. – Jim” For another great story read:?ZR1 Corvette Successfuly Shipped by Intercity Lines 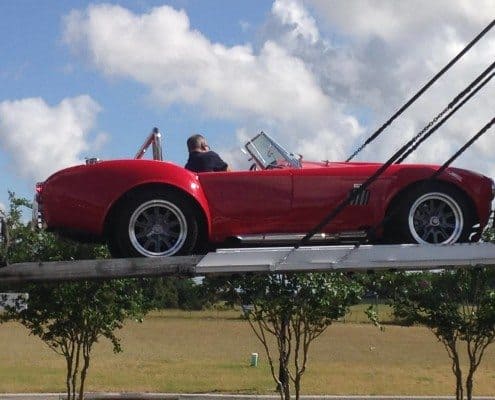