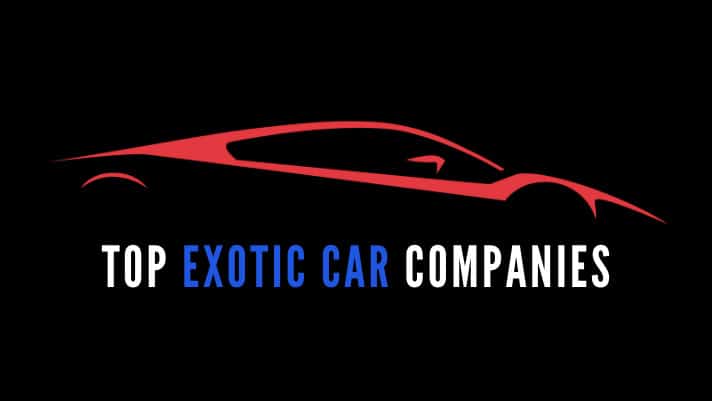 The realm of exotic cars is a vast one filled with numerous makes and models, each with its own unique history. Out of decades of competition and constant striving for greater heights, exotic automobiles have emerged with speed and sophistication that once lived solely in the dreams of car enthusiasts. Undaunted by the established realm of possibility in their respective time periods, the great supercar innovators have been able to inject a spark of wonder into a world that often settles for the mundane. Here are some of the top exotic car companies at the forefront of the industry today.

Founded in 1909 by Ettore Bugatti, this French company focused on racing from its inception. A Bugatti model won the first Monaco Grand Prix in 1929, and the Bugatti Type 10 filled the top four placements in the first race in which it was entered. This focus has translated into the production of fast, high-performance cars that make no concessions on style and artistic design.

With the introduction of the EB110 in the 1990s, Bugatti began making headway into exotic car production. A standout model is the Veyron, a luxury supercar with a maximum power of 1,001 metric horsepower.

Based in the United Kingdom, this company was started in 1963 by New Zealand racing legend Bruce McLaren, who also had a knack for design and engineering. Today, his legacy lives on in the world of Formula One racing as well as in the world of exotic cars.

A notable achievement of this manufacturer is its role in racing. In 1995, the McLaren F1 GTR placed first, third, fourth, fifth, and thirteenth in the 24 Hours of Le Mans, one of the most prestigious races in the world. The McLaren F1 also set at a record in 1998 for the world’s fastest street-friendly production car with a speed of 240 miles per hour.

A much younger company, Koenigsegg was established in Sweden by Christian von Koenigsegg in 1994. Von Koenigsegg set out to fulfill his dream of creating the perfect supercar by designing the Koenigsegg CC prototype from the ground up. The car was equipped with a carbon body and a detachable roof, and public reaction to it at the 1997 Cannes Film Festival spurred von Koenigsegg to make commercially viable sports cars.

Since then, Koenigsegg’s models have not only won repute for their high performance and environmental friendliness. The Agera R, for instance, can run on biofuel, which emits less carbon dioxide than normal fuel.

The Italian carbon fiber and sports car company Pagani is another relatively young brand that began in 1992 under Horacio Pagani. Pagani started his career with Lamborghini, for whom he researched the application of composite materials in automobiles. As time went on, he began designing his own car, which he initially called the C8 Project before changing the name to the Fangio F1 to honor the champion F1 driver, Juan Manuel Fangio.

After establishing a composite material development company called Modena Design, Horacio was able to finance his project. He again changed the name of the completed version of his car to the Zonda C12, as Fangio had died in 1995. Powered by a Mercedes C12 engine, the Zonda combined elements of aggressiveness and sensuality. After debuting at the 1999 Geneva Motor Show, Pagani became an established sports car manufacturer.

Amid a crowd of European brands, SSC North America stands out as a rare company headquartered in the United States. Engineer and founder Jerod Shelby found early influences in go-kart racing, where he learned the importance of paying attention to the details of whatever he applied himself to. He used this mindset when he went to tackle the creation of an American supercar. In the early 2000s, Shelby and his team carefully crafted the Ultimate Aero in West Richland, Washington. In 2007, the Ultimate Aero dethroned the Bugatti Veyron as the fastest production car with a speed of 256 miles per hour.

Lamborghini founder Ferruccio Lamborghini actually got his start as the head of a tractor factory. Having built his fortune by producing farming equipment, he turned his sights to creating a gran turismo sports car to compete with Ferrari. As the story goes, Lamborghini grew tired of repeated clutch maintenance on his own Ferrari, and he realized that using components from his tractors would improve performance beyond what was available on the market at the time.

Shaping the industry standard, the company’s 1966 Miura was the first supercar to incorporate a rear mid-engine. It was the fastest production car at the time. Now one of the most well-known luxury sports car brands, Lamborghini continues to make powerful, sleek, and instantly recognizable vehicles such as the Lamborghini Countach, Lamborghini Gallardo, Aventador SVJ, and Huracan.

At once classic, dignified, and energetic, Ferrari was one of the first luxury sports car manufacturers and therefore one of the most influential. Founded in 1929 by Enzo Ferrari to solely produce motorsport racing cars, the company eventually began making road cars as well. Although Enzo Ferrari’s primary focus remained on engineering better race cars throughout the 50s, the innovations birthed in these efforts helped to improve the road cars as well.

As the decades passed, Ferrari become renowned for its successes in Formula One (Michael Schumacher won seven championships with Ferraris from 1994 to 2004) and its notable performance supercars. The company’s iconic red adorns many of its models, and the imminent SF90 Stradale, Ferrari Enzo, and La Ferrari is no exception. This car represents a step towards sustainability, as it will be a Plug-in Hybrid Electric Vehicle with reduced emissions.

These automobile companies have truly created unique and remarkable exotic vehicles, luxury vehicles, and even innovative electric motors that have won the admiration of collectors and aficionados across the globe. Because of this, it’s vital that luxury car owners treat their vehicles with proper care. If you own cherished exotic cars that you need transported with caution and meticulousness, consider luxury car shipping with Intercity Lines. We know how much your automobiles mean to you, and our enclosed carriers will keep your vehicles safe and in the finest condition as we deliver them to your destination.

We believe that using Intercity Lines to ship the top exotic car brands, classic cars, luxury cars, race cars, auction cars, show cars, and the most iconic cars is the best car shipping option for a number of reasons. Intercity Lines offers a safe and secure environment for vehicles, utilizing their fully enclosed, lift gate loading, trailers, and their team of highly trained drivers and customer service representatives. Intercity Lines also offers competitive car shipping rates for shipping a car nationwide and you can get a price instantly with their car shipping calculator. Additionally, they provide a tracking system so that customers can monitor the progress of their exotic sports cars in real time. Overall, Intercity Lines provides a reliable and secure service for shipping exotic cars, and their customer service and competitive rates make them an ideal choice for anyone looking for a reliable and cost-effective option for enclosed auto transport services. 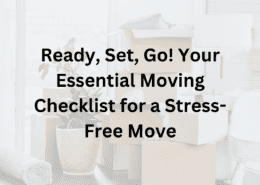 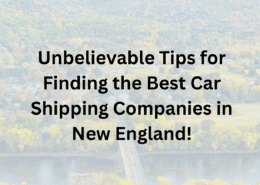 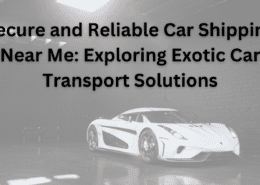 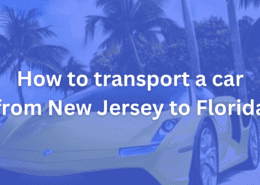 Search for questions, blog topics, or our site in general!

GET AN INSTANT QUOTE!

How Auto Transport Companies Load Cars Onto Their Trailers